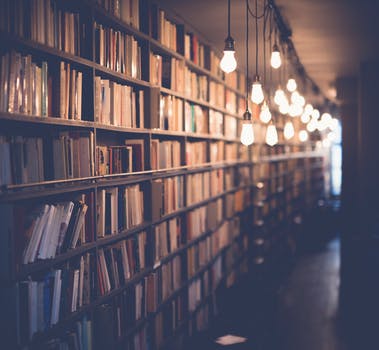 For me that’s an impossible question to answer. But it’s the first one that I posed to the members of The Expat Book Club.

The response was fascinating. Not only were the choices of books so incredibly varied – spanning centuries, continents and all genres – but everyone was so passionate about their choice. Or choices. Very few of us could narrow it down to just one…

I complied from the comments the ten novels that were mentioned the most often. And the surprise to me was that the top two books were mentioned over and over again.

So, what’s the Expat Book Club favourite book? You’ll have to read on til the end to find out…

The Expat Book Club’s First Book of the Month

Last month also saw our very first Expat Book Club Live Chat. The book was ‘Eleanor Oliphant is Completely Fine’ by Eleanor Oliphant which I had also included in my Summer Reading list. Here are some of the comments from The Expat Book Club members:

‘I didn’t want to finish it ‘Eleanor Oliphant…’! Loved this book’

‘Loved it. Especially the first half that made me laugh and feel uncomfortable in equal measure’.

‘My laugh out loud moment was this…Makeup artist: “Do you like a smoky eye?” Eleanor: “I don’t like anything to do with smoking.” ‘

This book gave us a LOT to talk about, and by the end of the story I think everyone in the book club was rooting for Eleanor. If you are thinking of suggesting this book for your book club, here’s the link to the questions we used ‘Eleanor Oliphant is Completely Fine’ Discussion Guide

So here’s the run down of The Expat Book Club Favourite Books. I am going to pose this question again at the same time next year, I wonder if the results will change?!

‘The Red Tent’ by Anita Diamant is not a book I had heard of before (happy to show my ignorance). What’s it about? Here’s a description from the publisher.

‘Her name is Dinah. In the Bible her fate is merely hinted at in a brief and violent detour within the verses of the Book of Genesis that recount the life of Jacob and his infamous dozen sons. The Red Tent is an extraordinary and engrossing tale of ancient womanhood and family honour. Told in Dinah’s voice, it opens with the story of her mothers – the four wives of Jacob – each of whom embodies unique feminine traits, and concludes with Dinah’s own startling and unforgettable story of betrayal, grief and love. Deeply affecting and intimate, The Red Tent combines outstandingly rich storytelling with an original insight into women’s society in a fascinating period of early history and such is its warmth and candour, it is guaranteed to win the hearts and minds of women across the world’.

And in Joint Tenth Place…

It wasn’t a surprise to me that Paulo Coelho’s ‘The Alchemist’ came up in this list. This is a parable about following your heart…which I imagine chimes with many of the expats in our group.

‘Santiago, a young shepherd living in the hills of Andalucia, feels that there is more to life than his humble home and his flock. One day he finds the courage to follow his dreams into distant lands, each step galvanised by the knowledge that he is following the right path: his own. The people he meets along the way, the things he sees and the wisdom he learns are life-changing’. I was very happy to see this on the list…and that there are a lot of fellow Jane Austen fans in the book club! This is a classic that I could read and re-read. It’s incredible to think it was written almost two hundred years ago. If you haven’t yet read it, you are in for a treat…I also loved the BBC adaptation. Mr Darcy….

‘Pilgrim is the codename for a man who doesn’t exist. The adopted son of a wealthy American family, he once headed up a secret espionage unit for US intelligence. Before he disappeared into anonymous retirement, he wrote the definitive book on forensic criminal investigation. But that book will come back to haunt him. It will help NYPD detective Ben Bradley track him down. And it will take him to a rundown New York hotel room where the body of a woman is found facedown in a bath of acid, her features erased, her teeth missing, her fingerprints gone. It is a textbook murder – and Pilgrim wrote the book’. Emily Brontë’s ‘Wuthering Heights’ is another book which is on my personal (and very long) list of favourite books. In fact, I love the Brontë sisters so much that we named our dog after them (Brontë of course, rather than EmilyCharlotteAnne).

‘Raised together on the Yorkshire moors, Heathcliff and Catherine become lovers and soul mates so utterly inseparable that their destiny seems inevitable. But when Catherine’s desire for social status results in her marriage to Heathcliff’s wealthy rival, Heathcliff is consumed by revenge. And no one in his path will be spared’.

This is an intense book which beautifully evokes the Yorkshire moors on which it is set. And wafting around the house singing Kate Bush’s ‘Wuthering Heights’ gives me almost as much pleasure as reading this book…not quite so pleasant for my family though… The second book on our list which was originally published in a language other than English (the Alchemist was written in Portuguese) we have the wonder ‘One Hundred Years of Solitude’. No, I haven’t read it in the original Spanish, but I loved this novel which is a masterpiece of magical realism.

‘This is the story of seven generations of the Buendia family and of Macondo, the town they have built. Though little more than a settlement surrounded by mountains, Macondo has its wars and disasters, even its wonders and miracles. A microcosm of Columbian life, its secrets lie hidden, encoded in a book and only Aureliano Buendia can fathom its mysteries and reveal its shrouded destiny. Blending political reality with magic realism, fantasy with comic invention, One Hundred Years of Solitude is one of the most daringly original works of the twentieth century’.

‘Mariam is only fifteen when she is sent to Kabul to marry Rasheed. Nearly two decades later, a friendship grows between Mariam and a local teenager, Laila, as strong as the ties between mother and daughter. When the Taliban take over, life becomes a desperate struggle against starvation, brutality and fear. Yet love can move a person to act in unexpected ways, and lead them to overcome the most daunting obstacles with a startling heroism’.

This is an engrossing and moving book and it gives us an insight into what life is like for women living under a terrifying regime.

“Shoot all the bluejays you want, if you can hit ’em, but remember it’s a sin to kill a mockingbird.”

‘A lawyer’s advice to his children as he defends the real mockingbird of Harper Lee’s classic novel – a black man charged with the rape of a white girl. Through the young eyes of Scout and Jem Finch, Harper Lee explores with exuberant humour the irrationality of adult attitudes to race and class in the Deep South of the 1930s. The conscience of a town steeped in prejudice, violence and hypocrisy is pricked by the stamina of one man’s struggle for justice. But the weight of history will only tolerate so much’.

This is an absolute classic. Like many people, I read this at school, and it is one of those stories that has stuck with me…and one whose themes are, sadly, still very relevant today.

I am not generally a big fan of dystopic novels, but I am huge fan of Margaret Atwood’s. ‘The Handmaid’s Tale’ is an incredible and terrifying novel, and the recent TV series is also fantastic.

So many people are reading this novel again now – or re-reading it – that I think it merits a special Book Club Live Chat. Stay posted for details…

‘The Republic of Gilead offers Offred only one function: to breed. If she deviates, she will, like dissenters, be hanged at the wall or sent out to die slowly of radiation sickness. But even a repressive state cannot obliterate desire – neither Offred’s nor that of the two men on which her future hangs’.

‘Working as a lady’s companion, the orphaned heroine of Rebecca learns her place. Life begins to look very bleak until, on a trip to the South of France, she meets Maxim de Winter, a handsome widower whose sudden proposal of marriage takes her by surprise. Whisked from glamorous Monte Carlo to his brooding estate, Manderley, on the Cornish Coast, the new Mrs de Winter finds Max a changed man. And the memory of his dead wife Rebecca is forever kept alive by the forbidding Mrs Danvers . . .’

Now this was a bit of a surprise to me, and it speaks volumes of Du Maurier’s timelessness as a writer. So many people picked this as their favourite book. This is a beautifully written novel full of psychological suspense…a novel that you won’t want to put down and then, when you have finished, you’ll want to pick up again.

‘If you care about something you have to protect it. If you’re lucky enough to find a way of life you love, you have to find the courage to live it.’

‘Eleven-year-old Owen Meany, playing in a Little League baseball game in Gravesend, New Hampshire, hits a foul ball and kills his best friend’s mother. Owen doesn’t believe in accidents; he believes he is God’s instrument. What happens to Owen after that 1953 foul ball is both extraordinary and terrifying’.

The Expat Book Club’s #1 Favourite Book is John Irving’s ‘A Prayer for Owen Meany’. This is a unique, uplifting, slightly offbeat kind of book…and it’s one that will have you staying up late and ignoring deadlines to finish it. And when you finish it, you will have a book hangover. The characters will stay with you long after you leave the pages. If you haven’t read this already, add it to your list!